The MacKenzie is located on Treaty 4 territory in Regina’s Wascana Park, Canada’s largest urban park and home to the Provincial Capital Commission.

Historically known as Oskana kâ-asastêki (Plains Cree for “Pile of Bones”) Regina is situated on the traditional territory of the Cree, Saulteaux, Lakota, Dakota, and Nakota people, and the homeland of the Métis Nation. Although the MacKenzie is Saskatchewan’s oldest public art gallery, it is relatively young compared to the culture that has been practiced and shared on this territory for millennia. We acknowledge and honour the deep art history of this land, and aim to serve both this history as well as current and future generations.

Origin of the MacKenzie

It is time to look again. At what a public art gallery can be. At what art reveals. At our history. At Saskatchewan. At each other. At ourselves.

In 1936, the seeds of the MacKenzie Art Gallery were planted with a bequeathal by Regina private collector Norman MacKenzie, who believed art should be accessible to all.

The MacKenzie Art Gallery is Saskatchewan’s oldest public art gallery. The MacKenzie serves a senior leadership role as the only provincial organization with the mandate and facilities to address an encyclopedic range of visual art and culture. Purpose-built and maintained to Class A Museum standards, the permanent collection spans 5,000 years of art with nearly 5,000 works.

We receive ongoing funding from the South Saskatchewan Community Foundation, Canada Council for the Arts, Sask Culture, City of Regina, University of Regina and the Saskatchewan Arts Board. Currently our revenue is generally balanced between grants and donations (which includes sponsorship and events) with a small portion from earned revenue.

Building from Norman MacKenzie’s passion and respect for Indigenous artists, the MacKenzie Art Gallery has a proud history of being a leading ally in exhibiting and collecting the work of Canada’s Indigenous artists with leadership from Indigenous curators. In 1975 the MacKenzie was the first public art gallery in Canada to present traditional First Nations objects as fine art. The exhibition 100 Years of Saskatchewan Indian Art 1830–1930 recognized the creative achievement of Saskatchewan’s First Nations and was curated by well-known Saskatchewan Métis artist, Bob Boyer. This activity has continued over the years, with the appointment of Lee-Ann Martin (Mohawk, Tyendinaga Territory) as the first Indigenous Head Curator at a public art museum, and the continued appointment of Indigenous curatorial staff including Pat Deadman (Mohawk, Tuscarora Territory), Michelle LaVallee (Ojibway, Chippewas of Nawash unceded First Nation), Janine Windolph (Atikamek Cree/Woodland Cree, James Bay Treaty), the current Director of Programs, John G. Hampton (Chickasaw and mixed European), and Curatorial Fellow Felicia Gay (Swampy Cree and Scottish ancestry). The Gallery recently received a major donation of approximately 1,000 works by Indigenous artists from collectors Thomas Druyan and Alice Ladner of Yellowknife. In 2016 the MacKenzie mounted Across the Turtle’s Back: The Kampelmacher Memorial Collection of Indigenous Art to highlight this historic donation, featuring 245 artworks.

The MacKenzie’s commitment to engage people in transformative experiences of the world through art reaches far beyond the Gallery’s doorstep; our programming extends throughout Regina and across Saskatchewan. For over 40 years, the MacKenzie’s Provincial Outreach Program has taken art exhibitions and educational programs to schools and public libraries throughout rural and northern Saskatchewan. These touring exhibitions are installed for several days at a time, providing a prolonged forum to engage with and discuss a wide range of topics around the viewing and making of art.

The MacKenzie believes art has the power to change the world. 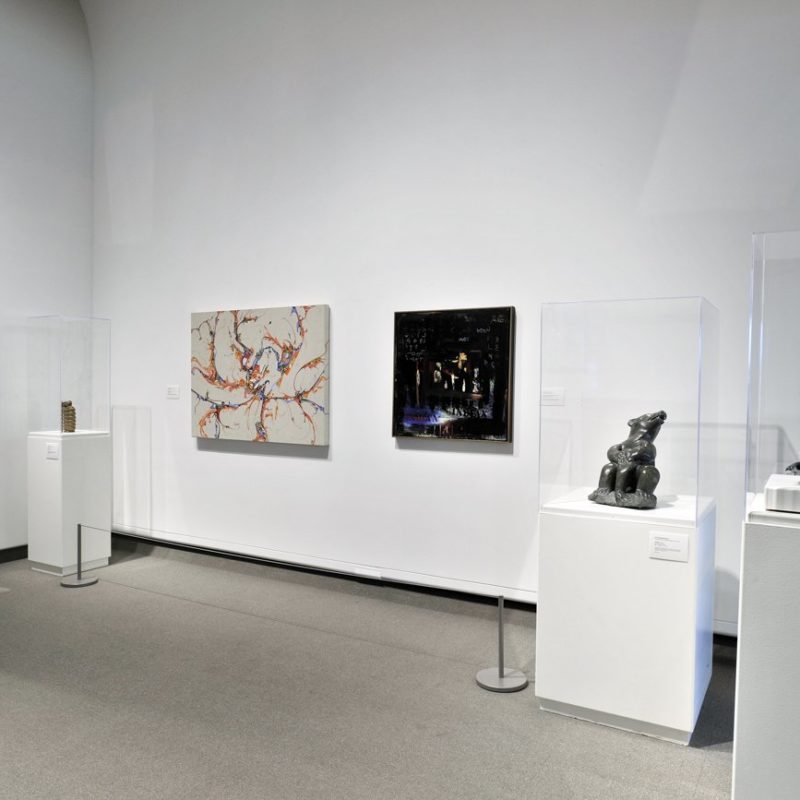 Find out more about the incredible donation of 1,000 works of contemporary Indigenous and Inuit art. 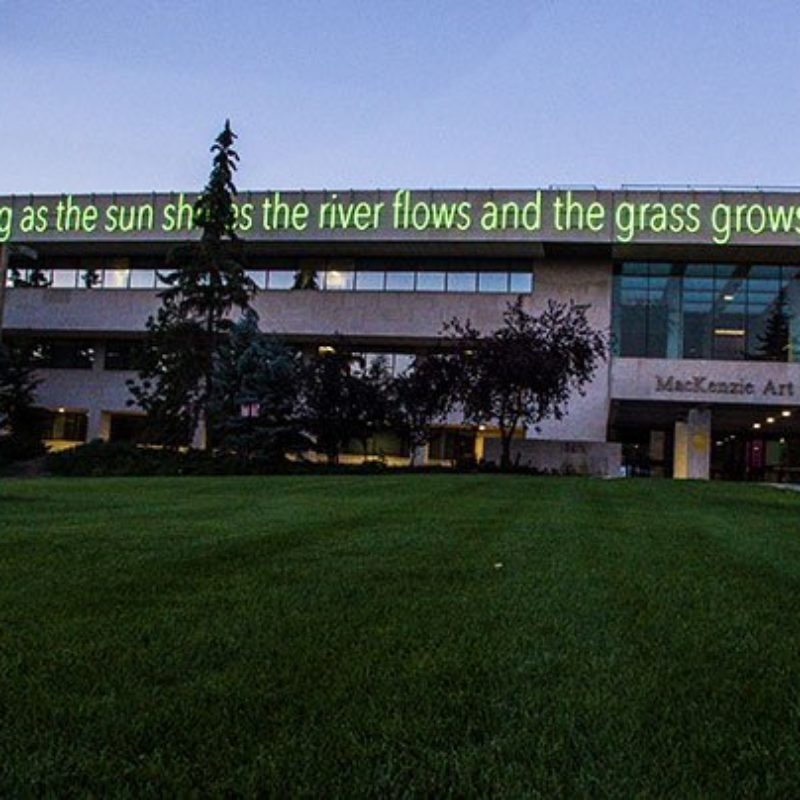 You can see Linklater’s work installed on the façade of the T.C. Douglas building. 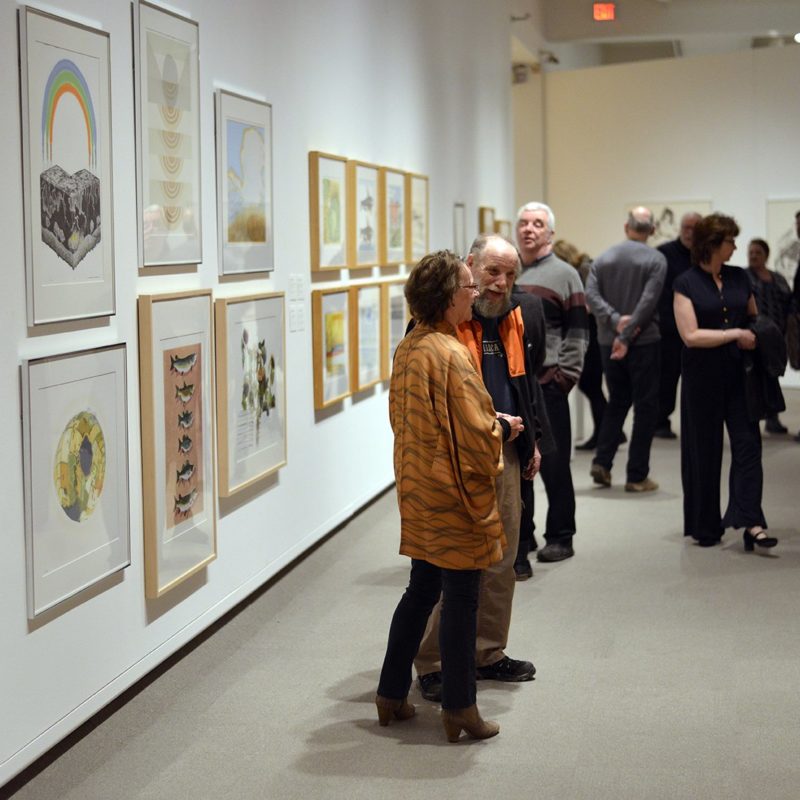 We received an incredible, anonymous donation in August 2018. Find out what it means for the Gallery.