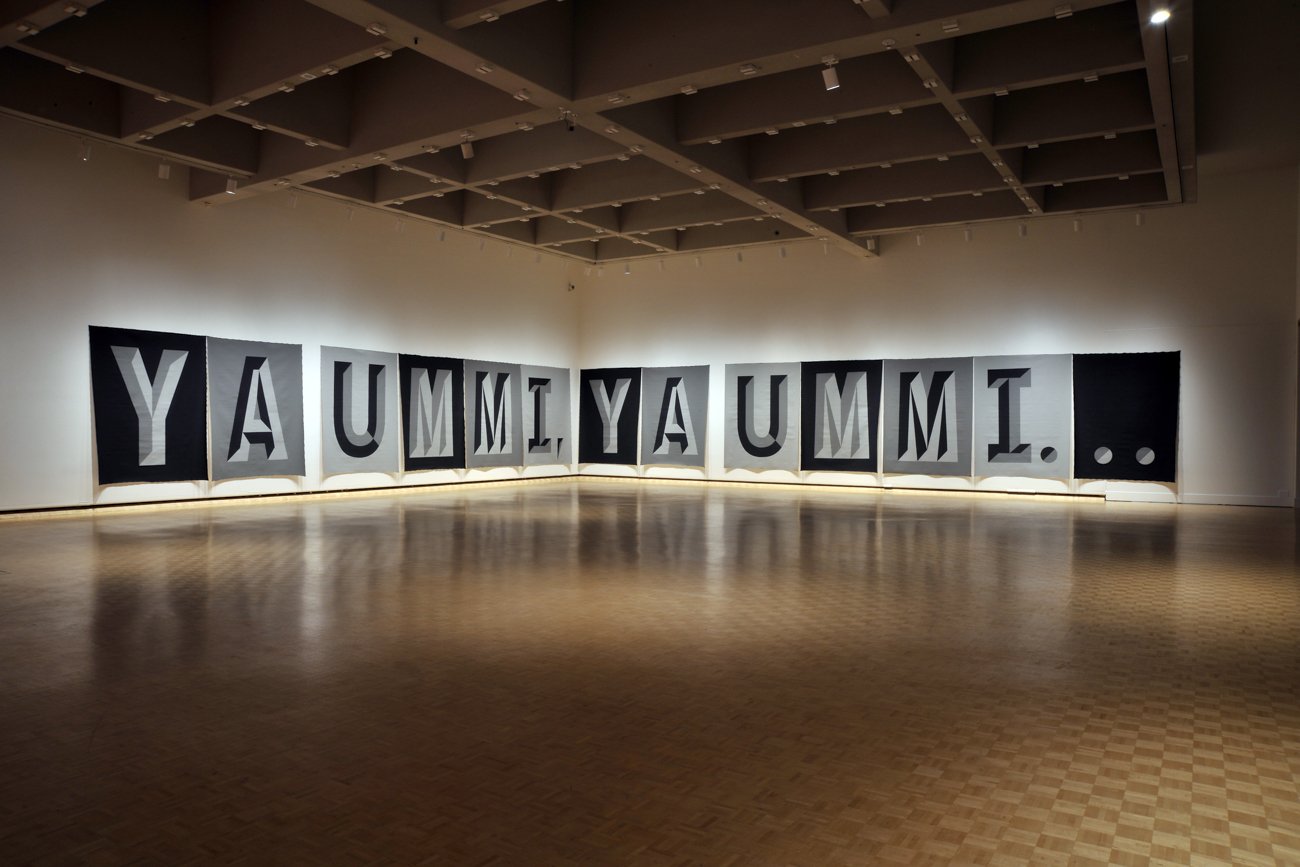 For over three decades acclaimed Canadian artist Garry Neill Kennedy has questioned institutional structures of power through large-scale wall texts. His most recent work, Ya Ummi, Ya Ummi…, considers the extra-judicial detainment and interrogation of Omar Khadr in Guantanamo Bay.

Garry Neill Kennedy has been a leading figure in the Canadian art world for nearly five decades. His reputation rests on his achievements both as an innovative arts administrator and as a critically recognized conceptual artist. During his tenure as President of the Nova Scotia College of Art and Design (1968-1990), he transformed the institution from a provincial college into an internationally renowned art school. His memoir of his pivotal years at NSCAD, The Last Art College: Nova Scotia College of Art and Design, 1969-1978 (MIT Press, 2012), traces the early years during which he attracted to the college a young, dynamic faculty, and an array of visiting artists of conceptual stripe, including Joseph Beuys, Vito Acconci, Dan Graham, John Baldessari, and Lawrence Wiener, to name but a few. As an artist, his practice has focused on how art world practices—most importantly painting—are conditioned by place and implicated within social power structures. Kennedy has exhibited extensively across Canada and abroad and in 2000 he was the subject of a major four-decade retrospective co-organized by the National Gallery of Canada and the Art Gallery of Nova Scotia. In 2004 he received the Governor General’s Award in Visual and Media Arts and in 2003 was invested as a Member of the Order of Canada. His work may be found in numerous public and private collections including: Vancouver Art Gallery, Art Gallery of Nova Scotia, Art Gallery of Ontario, the Museum of Modern Art (New York City), and the National Gallery of Canada.

One example of Kennedy’s continuing involvement with wall-based works that interrogate institutional structures of power is QUID PRO QUO (2012), part of which was recently acquired by the MacKenzie Art Gallery. The phrase, literally “this for that” in Latin, refers to a conditional exchange of goods or services between two parties. In this case, the phrase refers to the exchange of information between the RCMP and the CIA that led to Maher Arar’s mistaken identification as a terrorist, and his subsequent rendition by the CIA to Syria in 2001 where he was tortured at the hands of the Syrian government. In response to public pressure, he was later released and exonerated by the Canadian government. According to Kennedy, “the Arar case is emblematic of the Canadian government’s collusion with the CIA in the post 9/11 era of high suspicion of persons of Middle Eastern descent and the willingness to suspend their basic rights as Canadian citizens” (Kennedy, “Program of Work,” Canada Council Project Grant, 2011-12).

For this exhibition, the MacKenzie will present Ya Ummi, Ya Ummi … , a recent work by the artist that has not yet been exhibited. As an extension of QUID PRO QUO, the piece refers to the extra-judicial detainment of Omar Khadr, a Canadian who was arrested in 2002 and charged in the death of U.S. Army Sergeant Christopher Speer following a firefight in Afghanistan. The words “Ya ummi, ya ummi”, meaning “O Mother, O Mother” in Arabic, were repeated by Khadr during his interrogation by CSIS agents at Guantanamo Bay. Khadr, who was only 15 at the time of his arrest, later appealed his conviction and claimed that he had falsely confessed to gain transfer from Guantanamo Bay and serve the remainder of his sentence in Canada. He later sued the Canadian government for infringing his rights under the Charter of Rights and Freedoms. The lawsuit was settled in 2017 with a $10.5 million payment and an apology by the federal government. For Kennedy, the work is a response to “the power of interrogators over Omar Khadr,” and highlights the injustices connected with his illegal detainment by the Government of Canada.