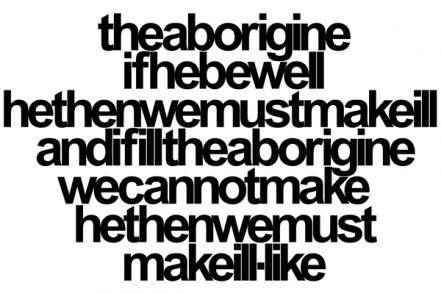 His work has most recently been included in the 2008 Biennale of Sydney and at the 2009 Venice Biennale. Ah Kee’s work speaks to the universal issues of racism, colonialism, suffering and the perseverance of Indigenous peoples. Featuring some of Ah Kee’s text-based works in addition to portrait-based drawings created in Regina during his residency at the MacKenzie Art Gallery from August 17 to September 4, 2009, Blow Your House In encourages visitors to draw connections between their community and the world at large.

Organized by the MacKenzie Art Gallery with the support of the Saskatchewan Arts Board, the Canada Council for the Arts and the City of Regina Arts Commission.