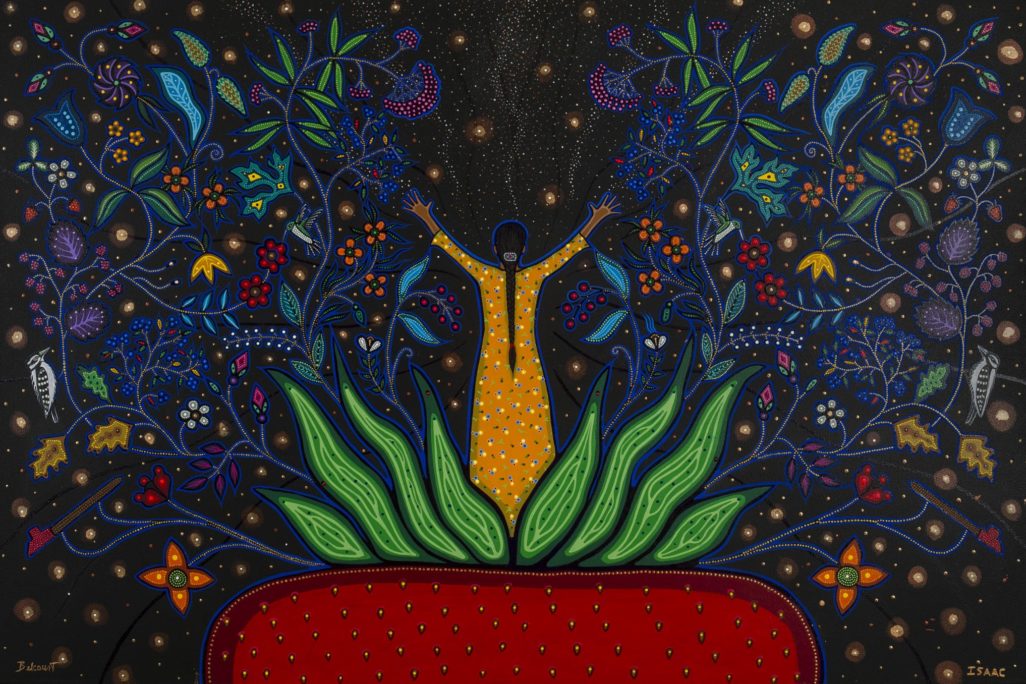 Christi Belcourt and Isaac Murdoch, "New Beginnings," 2014. Acrylic on Canvas, 122 x 183 cm. On loan from the Wabano Centre for Aboriginal Health, Ottawa, ON.

This is the first retrospective of Belcourt’s work. It traces her practice from its beginnings, in the early 1990s, to the present, and concludes with recent works made collaboratively with Isaac Murdoch, an Anishinaabe knowledge keeper and emerging visual artist.

The exhibition is comprised of more than thirty major Belcourt paintings, loaned by numerous private collectors and by such public institutions as the National Gallery of Canada, Wabano Centre for Aboriginal Health, Art Gallery of Ontario, Canadian Museum of History, Thunder Bay Art Gallery, and Crown-Indigenous Relations and Northern Affairs Canada. It also includes Murdoch’s iconic images, such as Thunderbird Woman, which feature prominently on the front lines of the resistance movement against resource extraction.

Since forming the Onaman Collective with Erin Konsmo and Isaac Murdoch in 2014, Belcourt’s advocacy work has intensified. She shares with Murdoch what she describes as the most important professional and creative partnership of her life. At their community-based art events, Belcourt and Murdoch mobilize and motivate people to get informed, to care, to take action.

UPRISING: The Power of Mother Earth  is a touring retrospective that brings Christi Belcourt’s and Isaac Murdoch’s shared vision to audiences across Canada. 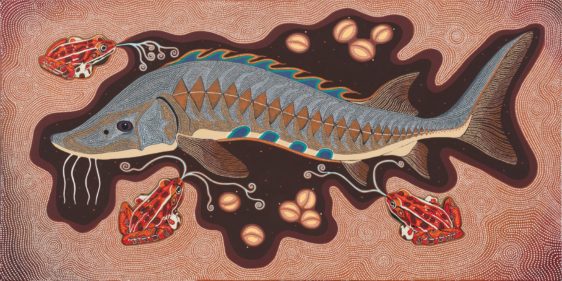 Christi Belcourt, "What the Sturgeon Told Me," 2007. Acrylic on Canvas, 61 x 122 cm. Collection of the Artist. Photo Credit: Justin Wonnacott. 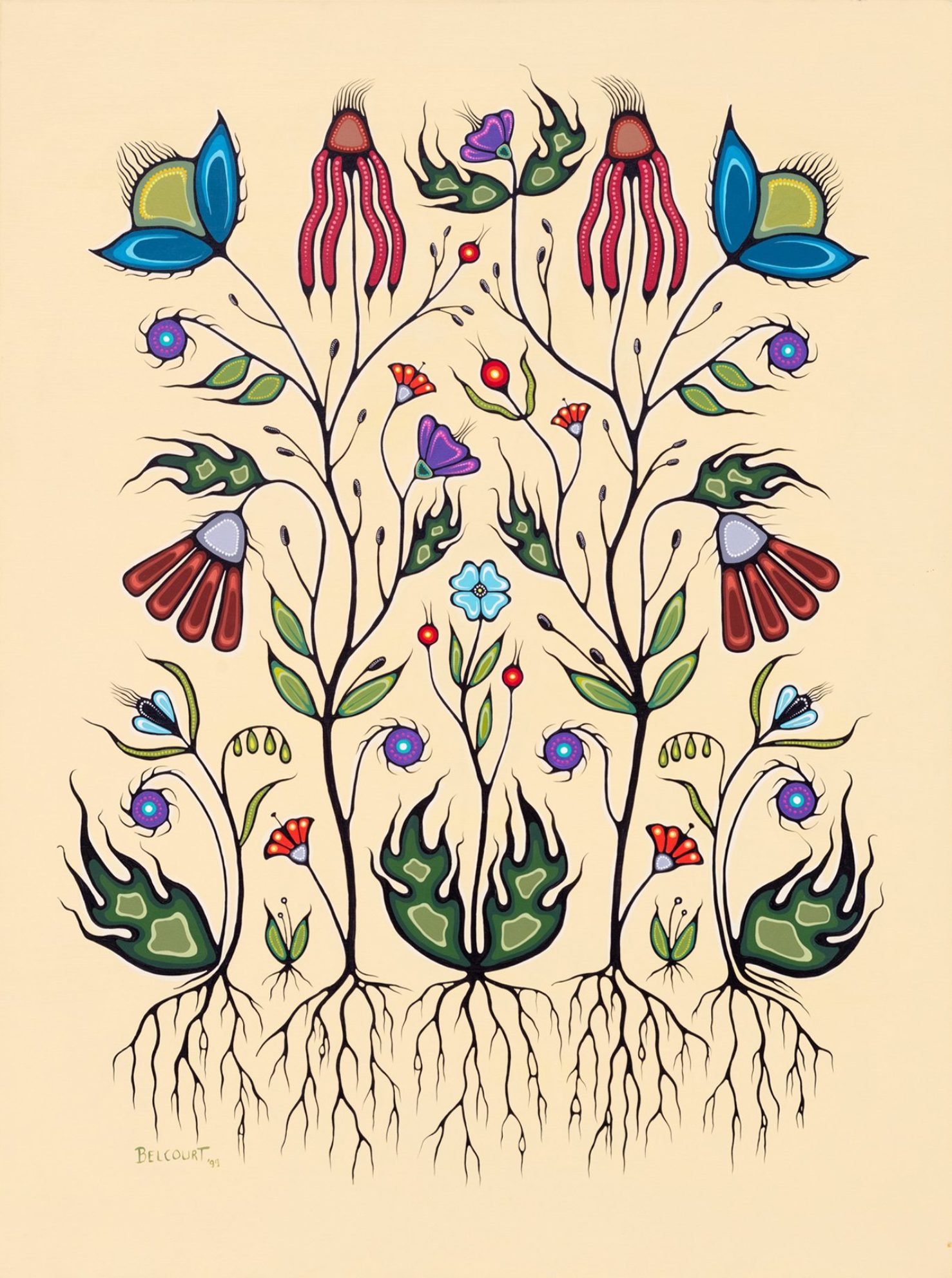