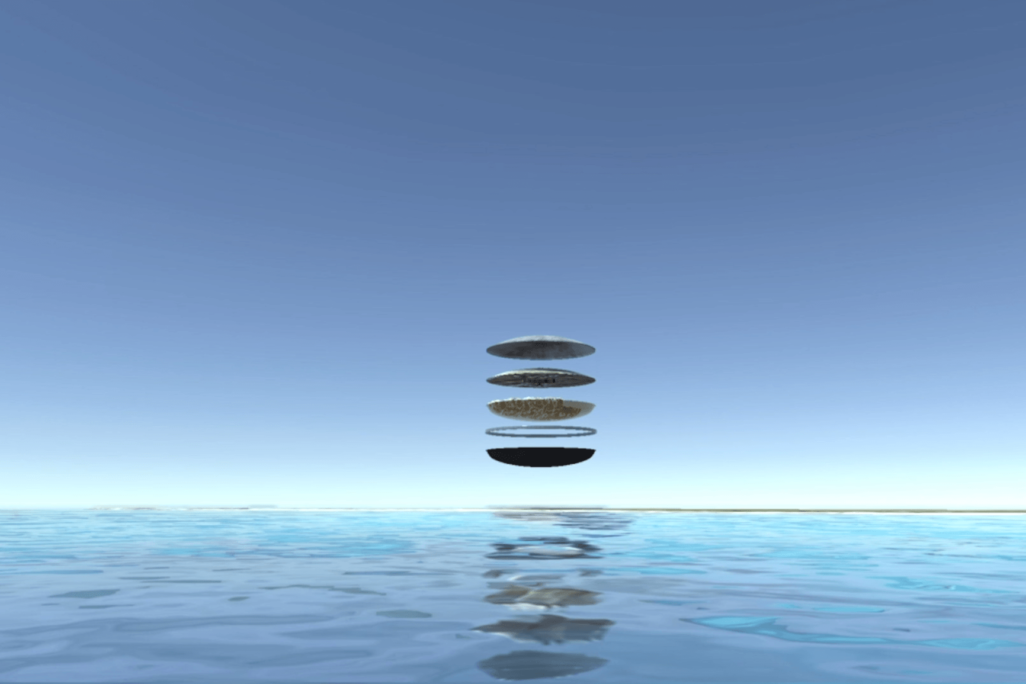 Earth is all we have, what will we do with it? Premiering on 1 February in conjunction with the launch of its Black History Month programming, the MacKenzie Art Gallery will present a screening program featuring single-channel video artworks that investigate the concept of Paradise. Featuring work by Denise Ferreira da Silva and Arjuna Neuman, Elizabeth Webb, and a collaborative video work by Cauleen Smith, Jérôme Havre and Camille Turner – the program will investigate questions specific to sovereignty and belonging; asking where is Paradise and to whom does it belong?

Blackness is a flexible metaphor that shifts through multiple histories and futures, the video works presented revel in the multiplicity and activity of blackness and the ever-elusive idea of Paradise.

Black existence moves with the vision of an alternative or other, paradise-reality at some point just outside of now – whether it is built on 40 acres with a mule, a life on Mars or a return to Africa. In a time where questions about land and climate must be directly addressed, each of these works consider permutations of blackness in relation to land, and identity. Earth is all we have, we will not be imagined out of it.

Click here for a deep dive into the exhibition, including interviews with the artists, and a studio activity for the whole family!

Elizabeth M. Webb is an artist and filmmaker originally from Charlottesville, VA. Her work is invested in issues surrounding race and identity, often using the lens of her own family history of migration and racial passing to explore larger, systemic constructs. She has screened and exhibited in the U.S., United Kingdom, Canada, Japan, Ecuador, Singapore, Switzerland, Mexico, Austria and Germany and was a recipient of the inaugural Allan Sekula Social Documentary Award in 2014. Elizabeth holds a dual MFA in Film/Video and Photography/Media from California Institute of the Arts and is an alumna of the Whitney Independent Study Program in Studio Art, Skowhegan School of Painting and Sculpture, and the Core Program at the Museum of Fine Arts Houston. She is Fall 2019 Visiting Faculty in Sculpture and Extended Media at Virginia Commonwealth University.

Dr. Denise Ferreira da Silva’s academic writings and artistic practice address the ethical questions of the global present and target the metaphysical and ontoepistemological dimensions of modern thought. Currently, she is a Professor and Director of The Social Justice Institute (the Institute for Gender, Race, Sexuality, and Social Justice) at the University of British Columbia. Before joining UBC, she was an Associate Professor of Ethnic Studies, at the University of California, San Diego and, from 2010 to 2015, she held the inaugural chair in Ethics, at the School of Business and Management and the directorship of the Centre for Ethics and Politics, at Queen Mary University of London. Her research areas include Critical Racial and Ethnic Studies, Feminist Theory, Critical Legal Theory, Political Theory, Moral Philosophy, Postcolonial Studies, and Latin American & Caribbean Studies. She is the principal editor for the Routledge/Cavendish book series Law, Race, and the Postcolonial (with Mark Harris and Rashne Limki). Her art-related work include texts for publications linked to the 2016  Liverpool and Sao Paulo Biennales, advising Natasha Ginwala, the curator for the Contour 8 Biennale (Mechelen, 2017). Ferreira da Silva is regularly invited to participate in international events and to contribute to publications in academic and artistic settings.

He is an artist, filmmaker and writer. With recent presentations at Whitechapel Gallery, London; Istanbul Modern, Istanbul; Sharjah Biennial, UAE; Bergen Assembly, Norway; at NTU Centre for Contemporary Art, Singapore; the 56th Venice Biennale and SuperCommunity; the Haus Der Kulturen der Welt, Berlin; at KEM, Warsaw; at Ashkal Alwan and the Beirut Art Centre, Lebanon; Le Gaite Lyric, Paris; the Canadian Centre for Architecture; and the Rat School of Art, Seoul amongst others. As a writer he has published essays in Relief Press, Into the Pines Press, The Journal for New Writing, VIA Magazine, Concord, Art Voices, Flaunt, LEAP, Hearings Journal and e-flux. He also grows tomatoes and chillis in his studio.

Jérôme Havre is a Toronto based artist inspired by the production of natural history dioramas in museums and zoos. He develops in his creations reflexive spaces through immersive processes. He looks for ways to do this through presentation, the creation of situations, or setting the stage with his sculptures and inviting the public to take part “in the show.” Jérôme’s work interrogates issues of identity, territory and community through the representation of nature. That is, the manner in which it is presented and yet can be more readily perceived through our cultural filters. According to Jérôme, “nature is deliberately altered in order to deceive us and keep order.”

He has been awarded several grants from the Canada Arts Council, Quebec Arts Council, Ontario Arts Council, Toronto arts Council and he received travel grant for Germany, Spain, USA and Martinique. Jérôme completed his studies at the École Nationale Supérieure des Beaux-Arts in Paris. Since 2001 he has exhibited his works in Europe, Africa and North America.

Cauleen Smith (born Riverside, California, 1967) is an interdisciplinary artist whose work reflects upon the everyday possibilities of the imagination. Operating in multiple materials and arenas, Smith roots her work firmly within the discourse of mid-twentieth-century experimental film. Drawing from structuralism, third world cinema, and science fiction, she makes things that deploy the tactics of these disciplines while offering a phenomenological experience for spectators and participants. Her films, objects, and installations have been featured in group exhibitions. Studio Museum of Harlem, Houston Contemporary Art Museum; Yerba Buena Center for Art, and the New Museum, New York, D21 Leipzig and Decad, Berlin. She has had solo shows for her films and installations at The Kitchen, MCA Chicago, Threewalls, Chicago. She shows her drawings and 2D work with Corbett vs. Dempsey.  Smith is the recipient of several grants and awards including the Rockefeller Media Arts Award, Creative Capital Film /Video, Chicago 3Arts Grant, and the Foundation for Contemporary Arts, Chicago Expo Artadia Award, and Rauschenberg Residency. Smith was born in Riverside, California and grew up in Sacramento. She earned a BA in Creative Arts from San Francisco Sate University and an MFA from the University of California, Los Angeles School of Theater Film and Television. Smith is based in the great city of Chicago and serves as faculty for the Vermont College of Fine Arts low-residency MFA program.

Camille Turner is an explorer of race, space, home and belonging. Straddling media, social practice and performance art, her work has been presented throughout Canada and internationally. Wanted, a collaboration with Camal Pirbhai, was shown most recently at the Art Gallery of Ontario and uses the trope of fashion to transform 18th century newspaper posts by Canadian slave owners into contemporary fashion ads. Freedom Tours, created collaboratively with Cree-Metis artist Cheryl L’Hirondelle is a national commission for LandMarks 2017/Repères 2017 that consists of participatory, site-specific events that re-imagine and reanimate land and water from Black and Indigenous perspectives. The Afronautic Research Lab is a reading room in which participants encounter buried histories. The Landscape of Forgetting, a walk created collaboratively with Alana Bartol and sonic walks HUSH HARBOUR and The Resistance of Peggy Pompadour evoke sites of Black memory that reimagine the Canadian landscape. Miss Canadiana, one of her earliest projects, challenges perceptions of Canadianness and troubles the unspoken binary of “real Canadian” and “diverse other”. Camille is the founder of Outerregion, an Afrofuturist performance group. She has lectured at various institutions such as University of Toronto, Algoma University and Toronto School of Art and is a graduate of Ontario College of Art and Design and York University’s Masters in Environmental Studies program where she is currently a PhD candidate.