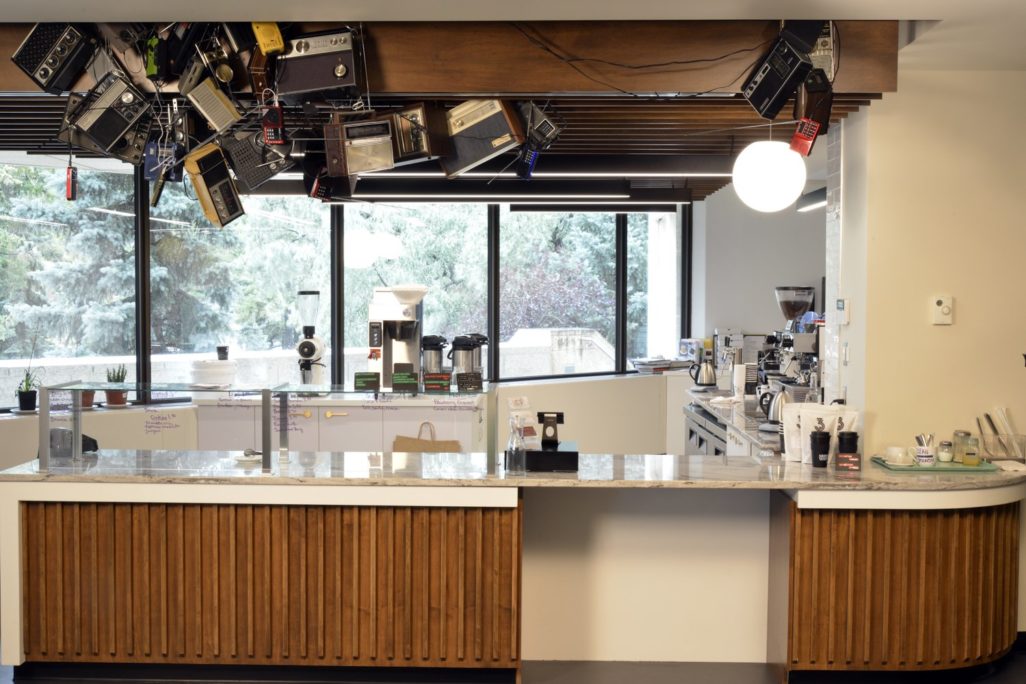 Bird Radio is a multimedia installation made up of a chandelier-like assemblage of radio and transmitting devices which play and broadcast birdcalls on FM radio, surrounded by a selection of modern Eames chairs, designed by Ray and Charles Eames in the mid-20th century. The radio assemblage is made up of new and rebuilt versions of pre-existing devices which reproduce the calls of birds that have been exiled from our urban environments. Viewers may gently manipulate these items to produce bird calls. The bird calls may be broadcast via the nearby radio antenna, also hanging from the café ceiling, to the cluster of radios above the bar or any other FM receiver. This sound element of this piece may be activated during select times throughout the year.

Complementing this work are other works representing a wider view of Burns’s oeuvre, including Bar Code of Life Wallpaper (2006), also part of the MacKenzie’s permanent collection. There are also six framed prints of Burns’s Bird Sonograms and vinyl “drawings” of the bird calls commissioned for the café space and adorning this program area’s folding glass walls.

Bird Radio has been previously installed at various locations, including the Institute of Contemporary Arts (ICA) (London) and KW ICA (Berlin). The installation in Craft Services is a replica produced by the artist of the original piece, which is now also held in the MacKenzie’s permanent collection.

Bird Radio and the Eames Chair Lounge (2007), is a multi-faceted artwork by Regina-born artist Bill Burns which asks us to consider what a true experience of nature really is. It is installed in the MacKenzie’s café, Craft Services, and opened in January 2019.

We explore a few of the bird calls that can be made using Bill Burns’ installation om the 13TH Floor. 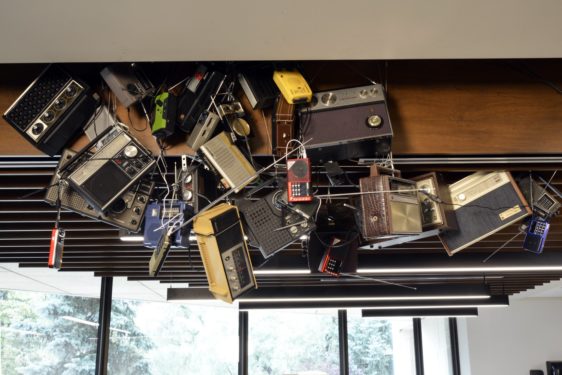 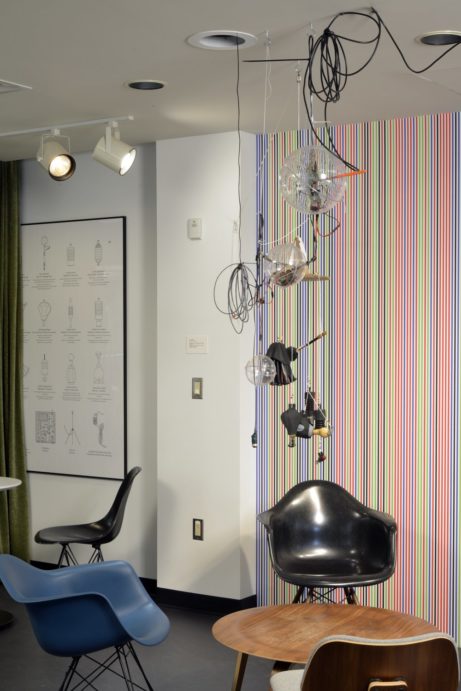 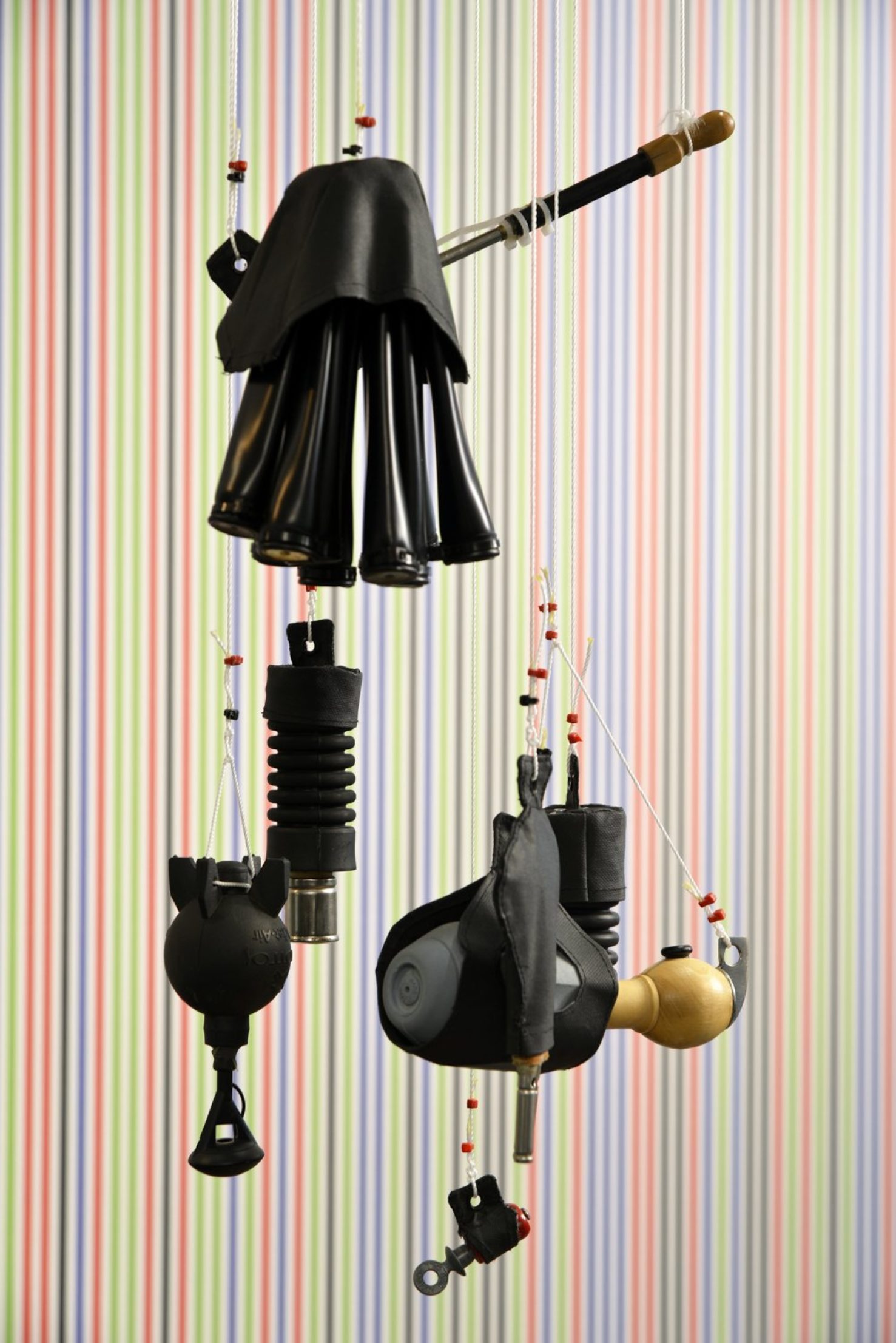 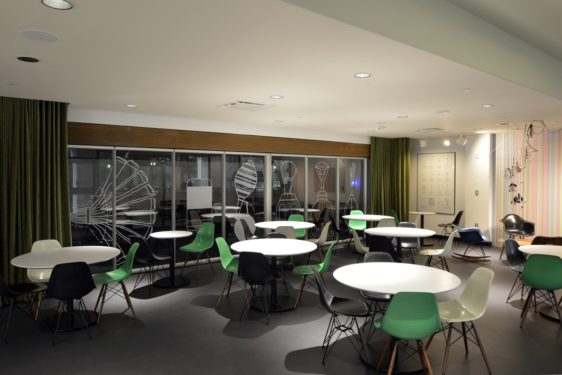 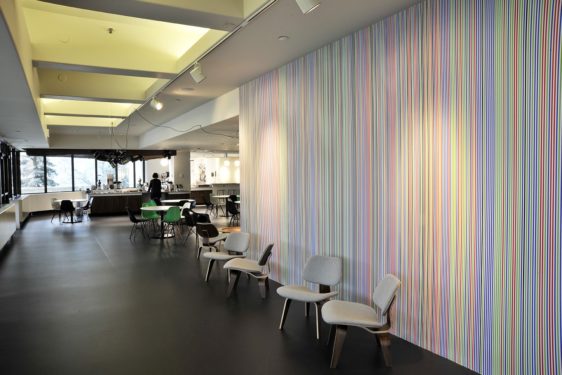 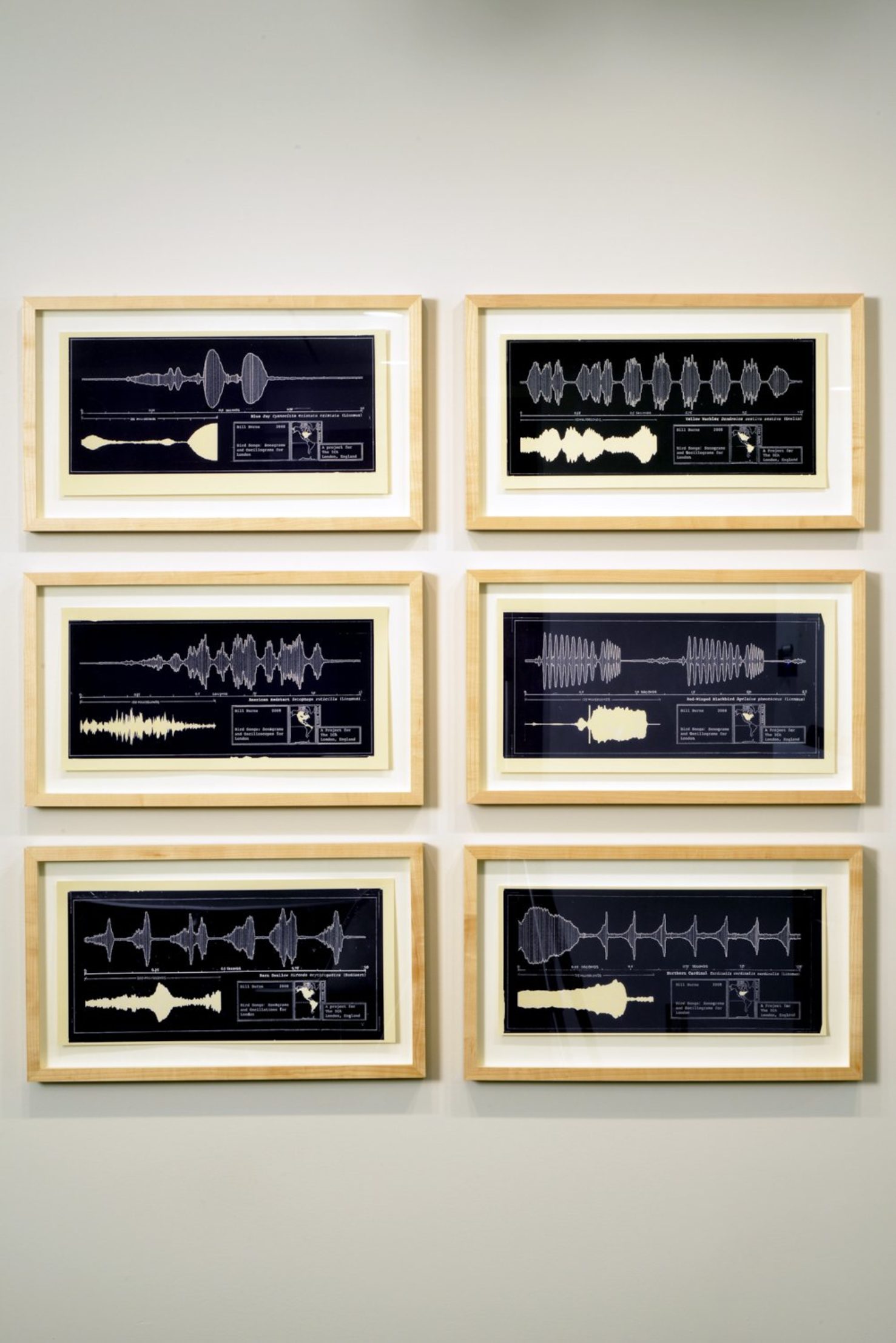 Born in Regina Saskatchewan in 1957, Bill Burns’ work concerning animals and safety has been published and exhibited across North America and Europe. His drawings, books, multiples and photographs are included in numerous collections, including the Tate Britain, in London, the MoMA in New York, the Getty Centre in Los Angeles, and the Mendel Art Gallery in Saskatoon.