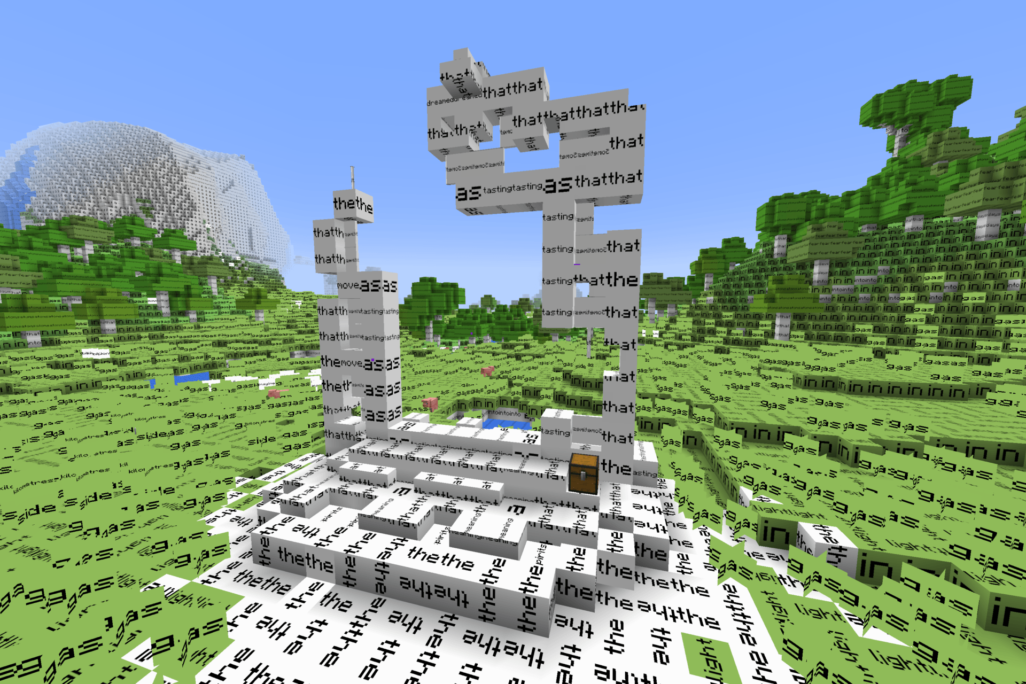 Exhibiting Minecraft artist-in-residence Travess Smalley will discuss generative artmaking in the game, and its wider artistic applications. The ability to generate new meanings or iterations of an artwork is one of the primary appeals of digital media, and interactive platforms like Minecraft are good places for artists and audiences to explore generative practices. Travess will take us on a tour of his own intervention within the game, “Minecraft Language Edition,” as well as the past and present of generative art history that influences his practice. Through an engaging performative lecture, the audience will learn about this important aspect of digital artmaking within the game of Minecraft and the wider digital art world.
The performance will also be livestreamed to the MacKenzie Art Gallery’s social media, including its Facebook, YouTube, and Twitch accounts, which are viewable without a Minecraft account

Travess Smalley (He/Him) is an artist working with computation to make generative image systems. Smalley is interested in painting software, chance, computer graphics, and drawing. His artwork is represented by Foxy Production in New York and he is currently teaching and studying towards a MFA in Digital + Media at Rhode Island School of Design. Smalley has exhibited and lectured on his generative image making practice widely and internationally since 2008, including a lecture at the Bibliothèque Kandinsky – Centre Pompidou in Paris during spring 2016 about his ongoing series of self-published print-on-demand books. Smalley’s artwork is also in the permanent collections of the High Museum of Art and Hood Museum of Art. His work has been shown at institutions including the Museum of Contemporary Art Detroit, Kunsthal Rotterdam, and International Center of Photography, New York City.