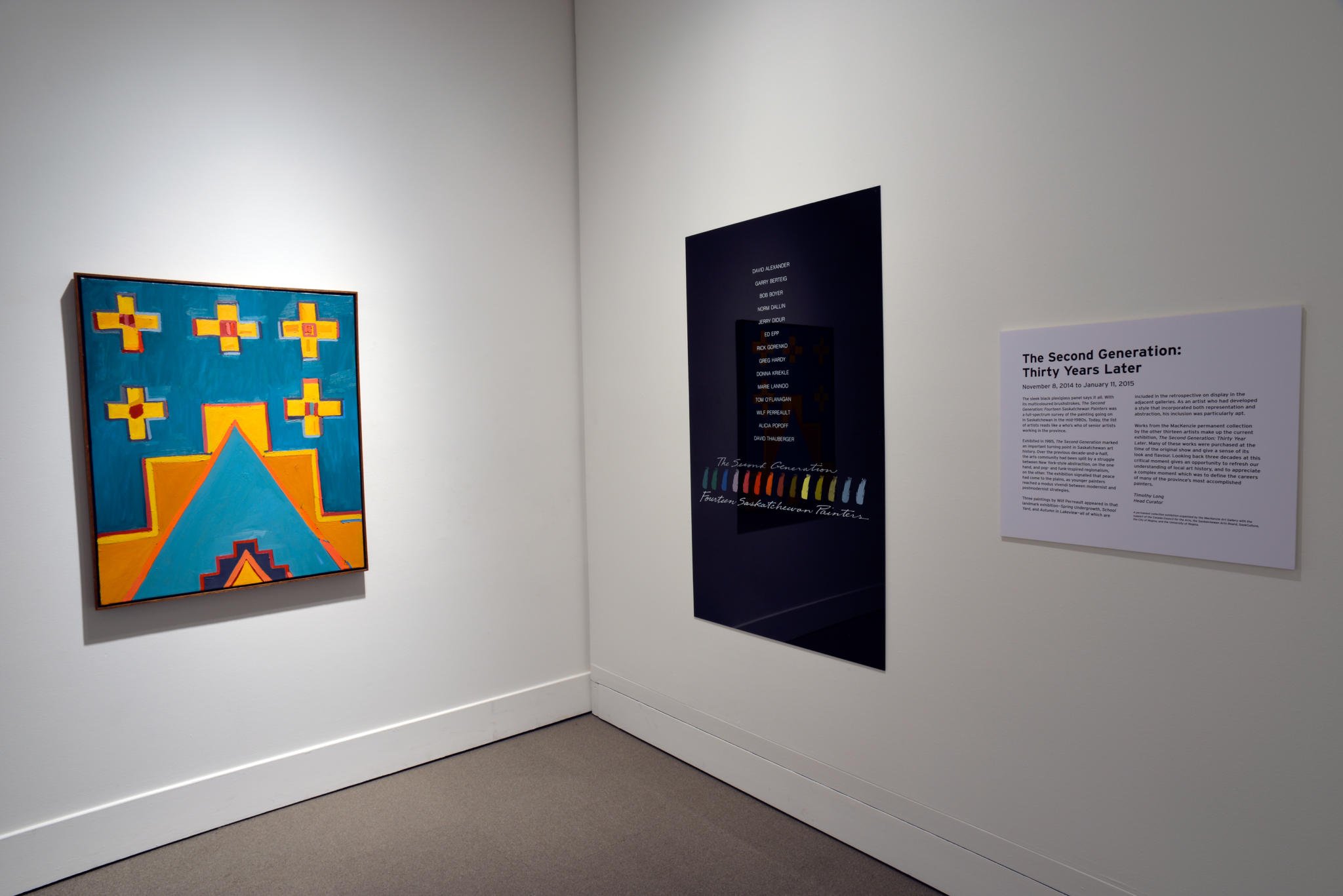 The sleek black plexiglass panel says it all. With its multicoloured brushstrokes, The Second Generation: Fourteen Saskatchewan Painters was a full-spectrum survey of the painting going on in Saskatchewan in the mid-1980s. Today, the list of artists reads like a who’s who of senior artists working in the province.

Exhibited in 1985, The Second Generation marked an important turning point in Saskatchewan art history. Over the previous decade-and-a-half, the arts community had been split by a struggle between New York-style abstraction, on the one hand, and pop- and funk-inspired regionalism, on the other. The exhibition signalled that peace had come to the plains, as younger painters reached a modus vivendi between modernist and postmodernist strategies.

Three paintings by Wilf Perreault appeared in that landmark exhibition—Spring Undergrowth, School Yard, and Autumn in Lakeview—all of which are included in the retrospective on display in the adjacent galleries. As an artist who had developed a style that incorporated both representation and abstraction, his inclusion was particularly apt.

Works from the MacKenzie permanent collection by the other thirteen artists make up the current exhibition, The Second Generation: Thirty Year Later. Many of these works were purchased at the time of the original show and give a sense of its look and flavour. Looking back three decades at this critical moment gives an opportunity to refresh our understanding of local art history, and to appreciate a complex moment which was to define the careers of many of the province’s most accomplished painters.