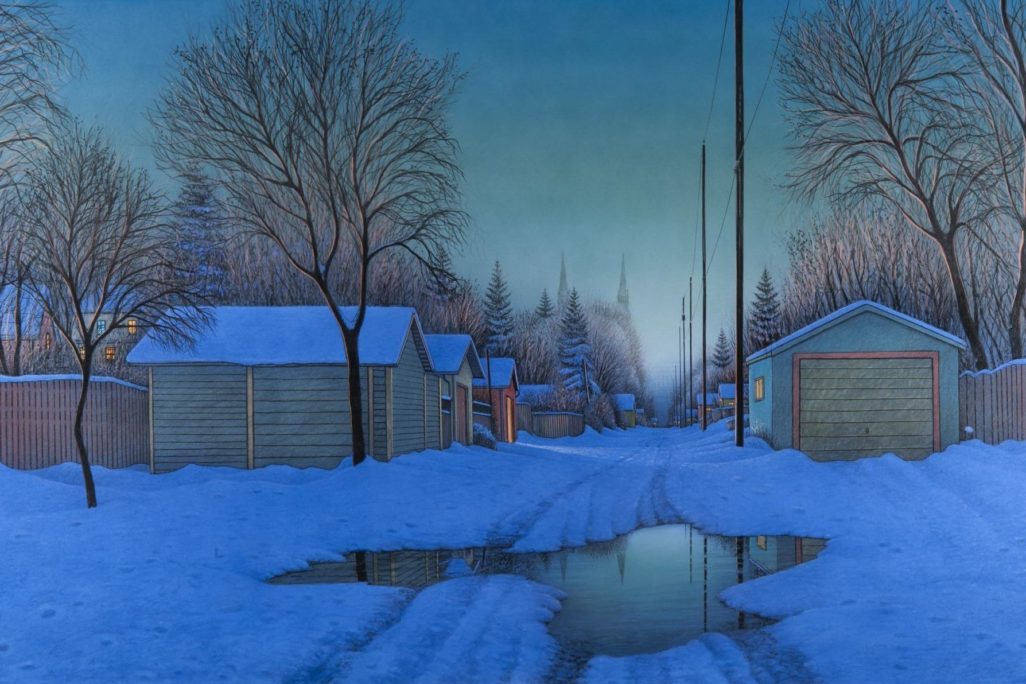 Community Watch is the second in a series of exhibitions which explore the depths of our Permanent Collection and the roles it plays in society. Since the 1960s, the idea of community has evolved significantly as a result of urbanization and mass media. The experience of personally knowing your neighbours has often been exchanged for apathy and isolation on the one hand, or an addiction to social media on the other. But as the COVID-19 pandemic has shown us, distancing comes at a cost. Community remains fundamental to our survival and sanity, whether we participate in it virtually or in person.

Artists have been among those whose observations have helped us understand evolving ideas of community. At times their work affirms our belief in social groups as spaces of belonging, where identities are nurtured and protected. At other times, they pull the veil back on the exclusions which all too often lie behind our happy group portraits. The alley in Wilf Perreault’s painting Guiding Light, for instance, reminds us of the back fence communities that form spontaneously wherever kids play and neighbours talk, but also of the social inequities which lead those on the margins to search back lanes for useful items.

Throughout the exhibition, artists provide reflections on current challenges to community, whether rooted in pandemic, racism, sexism, ageism, or economic oppression. In many works, a hopeful image emerges of the possibilities of collective action through the agency of artists, women, Indigenous peoples, families, spiritual communities—even organized sports. Visitors to the exhibition are encouraged to join these artists in watching community—to celebrate its beauty, acknowledge its darker corners, and consider what positive contributions they can make.

A PROGRAM OF SCREENINGS CURATED BY JANINE WINDOLPH, ASSOCIATE DIRECTOR OF INDIGENOUS ARTS, BANFF CENTRE, ALBERTA, WILL COMPLEMENT THE EXHIBITION.

kiskisiyâpiyawin ‘threads of memory’ is a curation of short films by Janine Windolph that weaves Indigenous stories with diverse perspectives from across Canada, from before and during the pandemic. The films feature stories from filmmakers that highlight resilience and recovery drawing from memories and experiences, each a thread in the larger collective fabric. 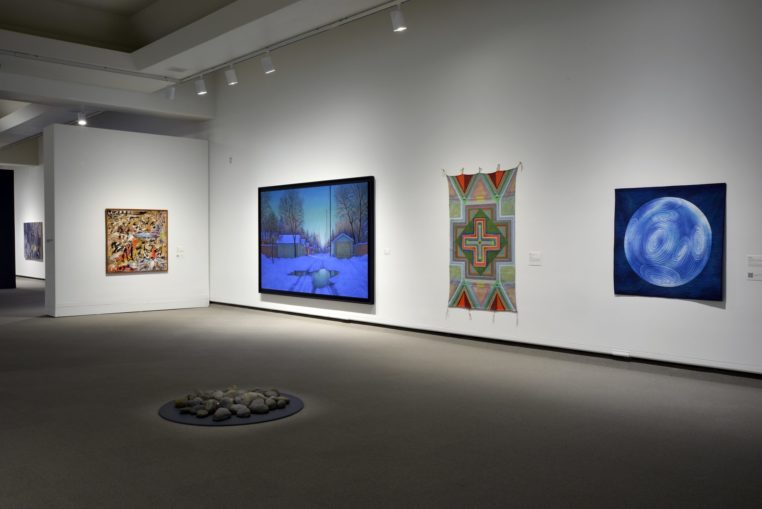 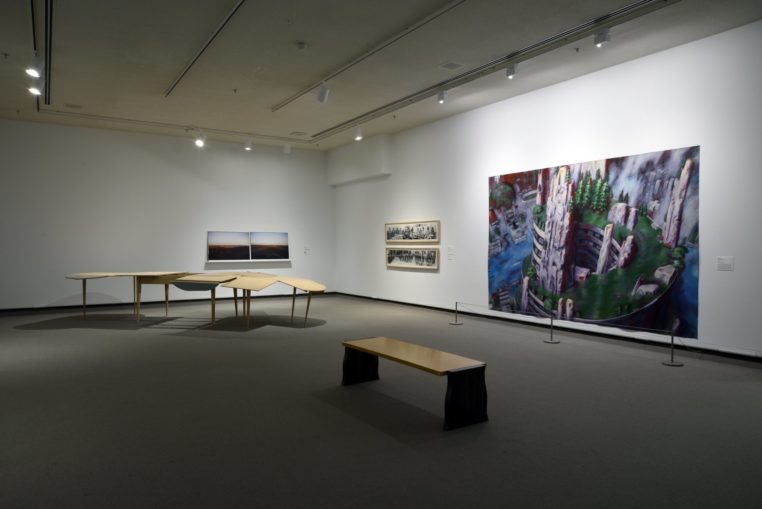 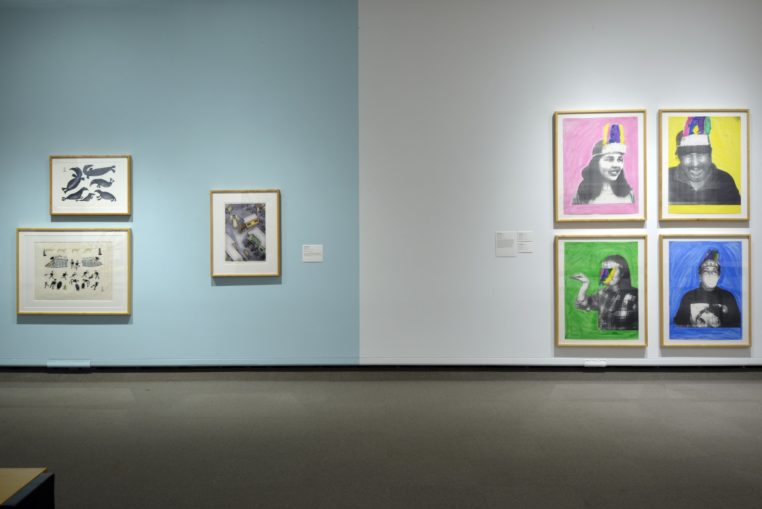 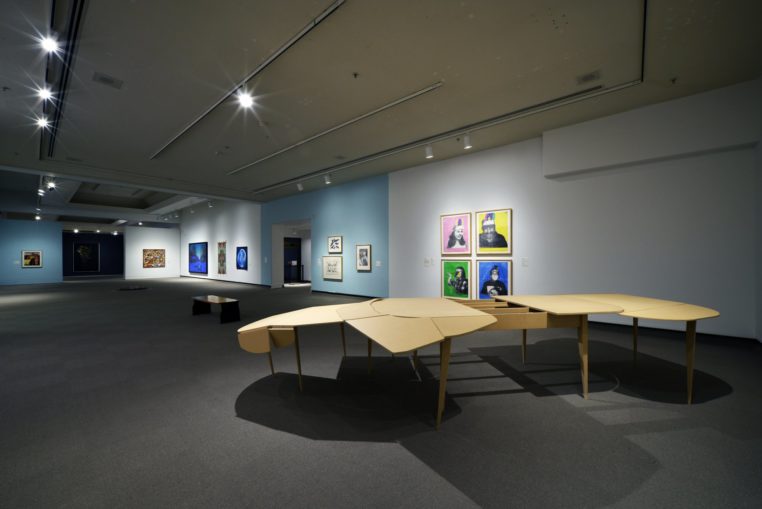 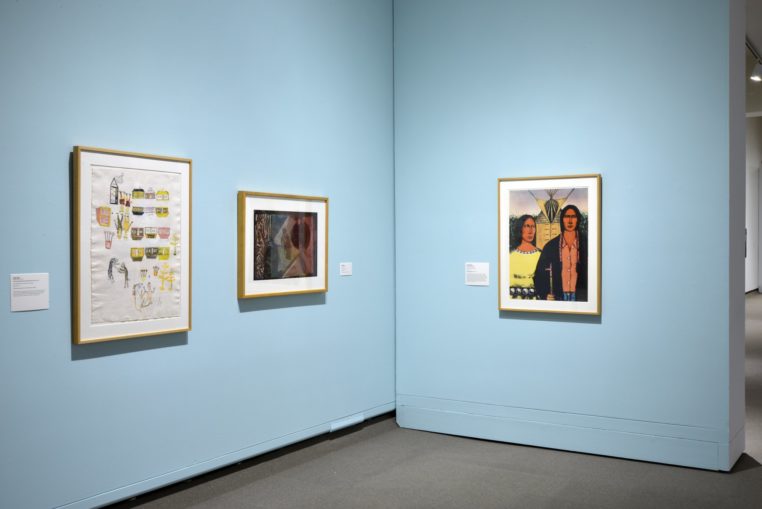 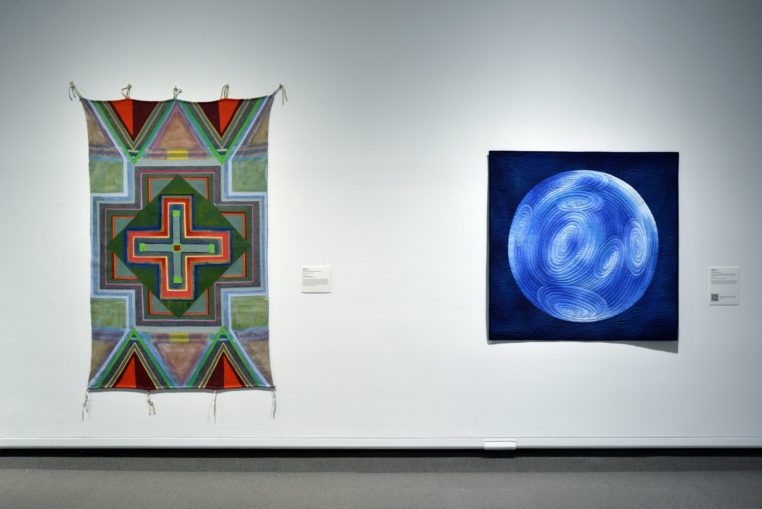 David Thauberger is originally from Holdfast, Saskatchewan, but has been living in Regina, Saskatchewan and maintaining a studio as a full-time artist since 1973. As a young man, Thauberger had no plans to become an artist, but taking a class from Russell Yuristy in the late 1960s caught his interest and he realized he had a passion for the creative process.

Thauberger began his artistic career using  clay  as his  medium  and under the influence of David Gilhooly, he developed a “funk” art  style  of working. Thauberger gradually switched from clay  sculpture  to painting around 1974. He had no formal training in painting but, many of his clay techniques, such as building up the form,  tactile  manipulation, and creating textural surface carried over into his painting. The humour inherent in “funk”  ceramics  is also evident in many of his paintings.

Thauberger has a great appreciation for  folk art  painters and, like them he observes his surroundings and  popular culture  to inform his practice. Critic Joan Murray has called him a “master of popular images.” (Murray, 1986)

Thauberger usually uses a direct view of a carefully selected subject in his painting compositions. His subject matter often celebrates a unique character or a place in the world, but it does not reference any specific human being. His style of painting uses extremely clean lines and intense colour. Thauberger is not afraid of breaking traditional boundaries and he is always open to developing new ideas.

Jen Hamilton grew up in Toronto, Ontario.  She completed her undergraduate training at the Ontario College of Art and Design and her Master of Fine Arts degree at Concordia University in Montreal, Quebec.  In 1997 she moved to the prairies to take a teaching job at the University of Regina, Regina, Saskatchewan. She is a conceptual artist  who uses a variety of  multi-media  and technology in her work.

Hamilton is not a studio-based artist.  Her works are about ideas and often her art takes shape as it is installed in the gallery. In her most recent installations, she explores ideas related to place and how people use, move and live in their spaces. Her works often take on a map-like quality. For a number of years she has been collaborating on large projects with an artist named Jen Southern. Their recent projects involve using cell phones and GPS (Global Positioning Satellite) system technology to collect data on people’s movements as they go about their daily activities and then recording their paths with thread on fabric. She also incorporated video art in this project.

Martha Cole is a fiber artist originally from Regina, Saskatchewan. She first knew she wanted to become an artist in high school. One of her teachers, Helmut Becker, helped her to achieve this goal. She studied art at the University of Washington in Seattle, and then studied education at the University of Toronto.

Living in Toronto, Cole had to work full-time to cover her basic living expenses. By moving back to Saskatchewan, she was able to work part-time as a librarian and pursue her career as an artist. Later, as her career developed, she was able to focus on her art practice. Cole bought an old church in the town of Disley, northwest of Regina. She turned it into her home and studio.

Cole said in, Herstory 2000: “I see my work now as all having a spiritual focus, a focus that is life-affirming, woman-centered and woman celebrating.” She has worked with fabric for more than 30 years, using techniques traditionally thought of as women’s crafting skills: sewing, embroidery and quilting.  Her work has helped people to see these techniques as part of the fine art world.

Michael Belmore is an Anishinaabe artist from the Obishikokaang (Lac Saul) First Nation. His artwork has been shown across Canada and internationally. He makes sculptures using many natural materials and thinks about how materials interact with each other, how they interact with nature, and how people interact with them. “…His work and processes speak about the environment, about land, about water, and what it is to be Anishinaabe . . . Seemingly small things, simple things, inspire Belmore’s work; the swing of a hammer, the warmth of a fire, the persistence of waves on a shore.” (Bio – Michael Belmore )

Roger Ing was an artist who lived in Regina, Saskatchewan, Canada, and ran the Utopia Café. His place was a haven and gathering place for other artists and others in the artistic scene in the 1980s and early 1990s. He’s well-known for his “Rogerism” style of art.

Roger Ing’s Mona Lisa will be on display as part of this exhibtion.