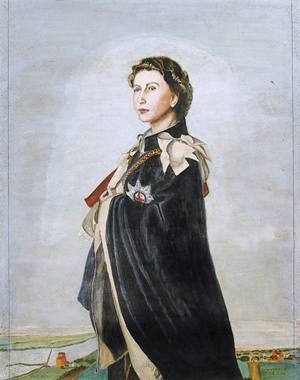 When will the permanent collection be on display? This is a question which we often hear in casual conversation with gallery visitors or read in our visitor response book. Many times, there is a particular interest in seeing more of the MacKenzie’s collection of Saskatchewan art on display.

The series begins with The Saskatchewan Art Progress Show: 1880-1950, an exhibition focusing on the establishment of Saskatchewan’s artistic community during the settlement and wartime era. As the popularity of Regina’s yearly Western Canada Farm Progress Show attests, Saskatchewan people continue to feel a connection to the land that goes back to the first generation of settlers. That historical connection to the land is no less deep in the province’s artistic community.

This exhibition proposes an analysis of Saskatchewan’s emerging artistic scene through a grid—not unlike that imposed by the 1882 Dominion Land Survey—of five artistic positions available to Saskatchewan artists. These positions include: 1) artists that establish and work within a dominant “tradition” of Saskatchewan art; 2) artists who partake in and administer vibrant organizations that support art creation for all; 3) artists who create work in relative geographic isolation; 4) artists who react against tradition to create work inspired by new artistic dialogues; and 5) artists belonging to craft traditions. Contemporary historical research, as well as recent acquisitions to the MacKenzie’s permanent collection, allow for an expanded analysis of the art made during Saskatchewan’s settlement period. The exhibition will feature seldom seen works from this era, including works by Hilda Stewart, Stanley Brunst, Thomas Fisher, Andrew King, Mashel Teitelbaum, and members of the Regina Sketch Club, as well as perennial favourites by well-known artists such as James Henderson, Inglis Sheldon-Williams and Augustus Kenderdine.