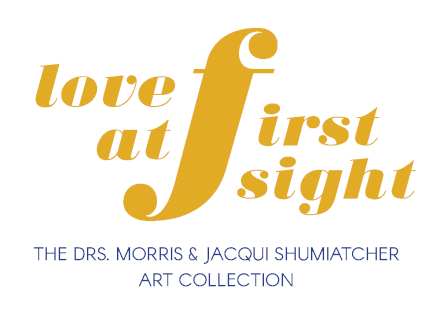 Explore the fascinating collection of Drs. Morris and Jacqui Shumiatcher — trailblazing community builders, social justice advocates, and two of Saskatchewan’s greatest patrons of the arts. Highlights of the exhibition focus on their collection of Inuit, world, and Western Canadian art.

When Regina lawyer Dr. Morris Shumiatcher purchased his first piece of Inuit sculpture in 1954, he described it as “a case of love at first sight.” Since then, he and his wife Jacqui have developed one of the most significant private collections of Inuit art in Canada. In September 2014, the University of Regina announced the promised donation by Dr. Jacqui Shumiatcher of over 1,000 artworks collected by her and her late husband. To celebrate this landmark gift, the MacKenzie Art Gallery will present a major exhibition highlighting over 170 key works from the donation, as well as selections from previous gifts to the MacKenzie.

Drs. Morris and Jacqui Shumiatcher have been among Saskatchewan’s leading community builders, social justice advocates, and patrons of the arts. Not surprisingly, their collection contains a wealth of work by some of the province’s most significant artists. A friendship with Kenneth Lochhead resulted in the Shumiatchers acquiring the largest private collection of his work in Canada. Other Regina Five members, as well as subsequent generations of Western Canadian artists, are well represented in their collection. Complementing their passion for Inuit art is a selection showing a strong interest in the work of contemporary First Nations artists, including such prominent figures as Norval Morrisseau and Allen Sapp. Finally, a representation of art from around the world provides a record of the Shumiatchers’ many travels and international connections.

From their first encounter with Inuit sculpture at the Hudson’s Bay store in La Ronge to today, Love at First Sight tells the story of an extraordinary couple and their lifelong passion for art.