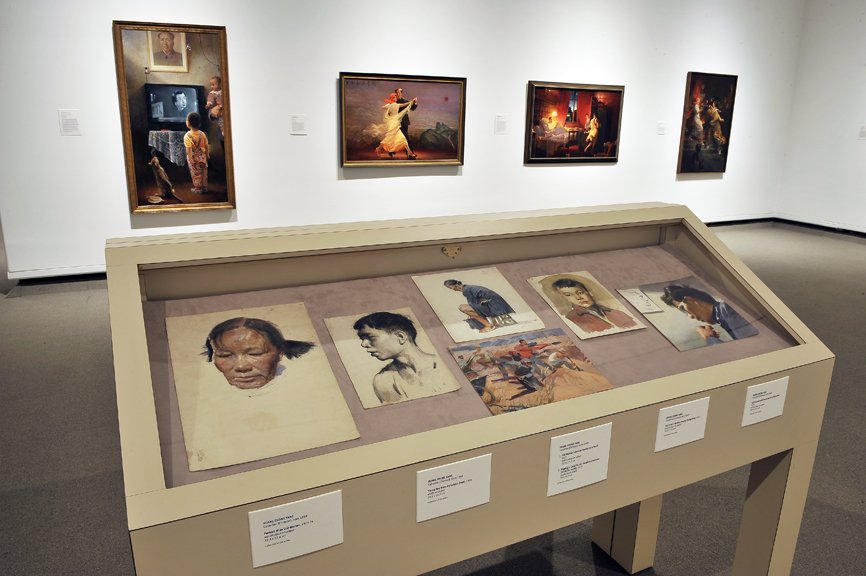 An intimate, but disconcerting image of China’s former leader, Chairman Mao Zedong, is revealed in this exhibition of paintings by Regina artist Huang Zhong Yang. In a remarkable series of realist portraits and allegories, Yang comes to terms with the long shadow cast by Mao across the lives of his family and the people of China.   Complementing these paintings will be a series of portraits featuring Yang’s family, both here and in China, as well as self-portraits set in his Regina studio. The portraits show the cultured, middle-class world from which Yang was wrenched during the Cultural Revolution, and his life in Canada, which he sees as a haven of peace and freedom.

These paintings, along with a selection of the sketches which he created while working as a farm labourer, testify to the complex cross-cultural influences which shaped his upbringing in China, and which continue to be at play in his Canadian experience. As such, this exhibition will be a welcome addition to the series of events accompanying the international symposium SHIFT: dialogues of migration in contemporary art which the MacKenzie will be hosting from April 8 to 10, 2011.

Organized by the MacKenzie Art Gallery with the support of the Canada Council for the Arts, the Saskatchewan Arts Board and the City of Regina Arts Advisory Committee.