Opening Reception for The Art of Faye HeavyShield 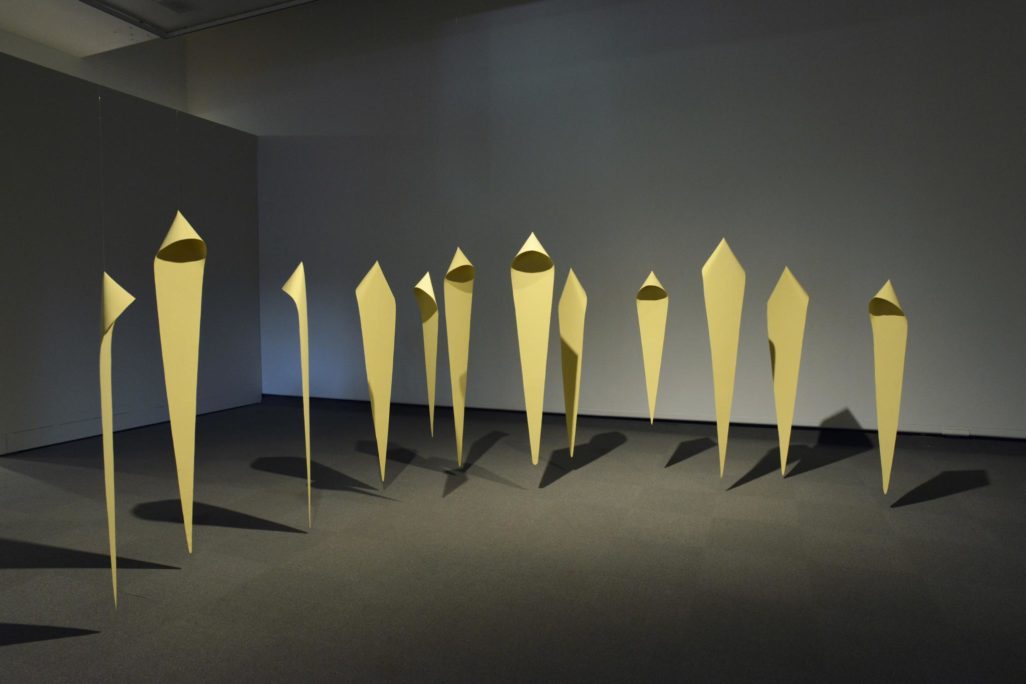 Join the MacKenzie Art Gallery for the opening reception The Art of Faye HeavyShield. Starting at 7 PM, Artist Faye Heavyshield will be in conversation with Kristy Trinier and curator, Felicia Gay, discussing the works and themes in the exhibition. Reception in Craft Services Café by Crave to follow with a cash bar, as well as an exhibition viewing!

Admission is free this evening from 5:00 PM – 10:30 PM. Free Admission is sponsored by Rawlco Radio.

Note: An ASL interpreter will be present for this event.

Kristy Trinier is the Curator for SFU Galleries at Simon Fraser University. She was born in Amiskwacîwâskahikan/ Edmonton, Alberta and is currently based in the unceded Indigenous territories belonging to the xʷməθkʷəy̓əm (Musqueam), Skxwú7mesh-ulh Úxwumixw (Squamish) and səlil̓ilw̓ətaʔɬ (Tsleil-Waututh) peoples, known as Vancouver, British Columbia. Her previous roles include Executive Director of SAAG | Maansiksikaitsitapiitsinikssin contemporary art gallery; Curator at the Art Gallery of Alberta; Public Art Director at the Edmonton Arts Council, where she managed the City of Edmonton’s Public Art Collection; and Director of Visual, Digital, and Media Arts, sessional arts faculty, and Campaign Grant Writer and Researcher at the Banff Centre for the Arts. She is a Board Director of the Cohen Foundation and co-producer of Publication Studio, a print on demand artist book publishing project. She has volunteered for many non-profit art organizations, served on art committees and juries, including the 2021 Lind Prize and 2018 Sobey Award. Kristy Trinier holds a Bachelor’s degree in Visual Art and English from the University of Victoria, and a Master’s degree in Public Art from the Dutch Art Institute (DAI) as a Huygens scholar in the Netherlands, with advisor Thomas Köner. As an artist, Kristy Trinier has exhibited at the Art Gallery of Alberta, Mediamatic Cultural Institution, KunstRAI, Trondheim Kunstmuseum, Villa de Bank, Kunsthalle Fridericianum, and others. She is completing PhD studies in Philosophy, Art, and Critical Thought at European Graduate School (EGS) in Switzerland.

Felicia Gay is of Swampy Cree and Scottish (Gordon Clan) heritage and brings to contemporary curation a thoughtful lens of Indigenous worldviews and counternarratives. She was the founding Artistic Director of Red Shift Gallery in Saskatoon(alongside co-founder Joi Arcand) and was most recently the Curator at Wanuskewin Galleries. Working as a curator since 2004, she was awarded the Canada Council for the Arts Aboriginal Curatorial Residency with AKA Artist-Run in Saskatoon, SK in 2006. Felicia has also worked as a cultural worker with various arts-based organizations in the province and has been a sessional and guest lecturer at the University of Saskatchewan and First Nations University of Canada since 2008. Felicia has an MA and a BA Honors in art history with a focus on Indigenous contemporary art and curatorial praxis from the University of Saskatchewan. She is currently a PhD candidate and Mitacs Curatorial Fellow, cross-appointed with the MacKenzie Art Gallery and the Faculty of Media, Art, and Performance at the University of Regina. Felicia is the 2018 recipient of the Saskatchewan Arts Awards Leadership–Individual Award for her work with curation and advocacy for creating space with Indigenous art and artists. Her insight and expertise have been featured in keynote presentations and essays in a number of forums, including the Canadian Arts Summit, Canadian Art magazine, and in various publications. In 2018 she curated PowerLines: The Work of Norval Morrisseau, a retrospective and symposium at Wanuskewin Heritage Park, Saskatoon, SK.

Born in 1953, Faye HeavyShield entered the Canadian contemporary art scene during her third year at the Alberta College of Art and Design in Calgary, Alberta in 1983 and has since inspired several generations through her work as an artist, mentor, and writer. While many notable Blackfoot artists have been men, Faye’s work grows out of her experience as a Blood woman and cultural matriarch, resulting in a potent minimalist aesthetic that differentiates her from other senior artists of her territory. HeavyShield has exhibited in solo and group exhibitions nationally and internationally, including: Nations in Urban Landscapes at the Contemporary Art Gallery in Vancouver, BC; rock paper river at Gallery Connexion, Fredericton, NB; Into the Garden of Angels at The Power Plant in Toronto, ON; blood at the Southern Alberta Art Gallery; Land, Spirit, Power at the National Gallery of Canada; Close Encounters: The Next 500 Years at Plug In Institute of Contemporary Art in Winnipeg, MB; and Hearts of Our People: Native Women Artists at the Minneapolis Institute of Art. Her work is found in the collections of the Alberta Foundation for the Arts, Glenbow Museum, Heard Museum (Phoenix), Kelowna Art Gallery, MacKenzie Art Gallery, McMichael Canadian Art Collection, National Gallery of Canada, and Nickle Galleries (Calgary).